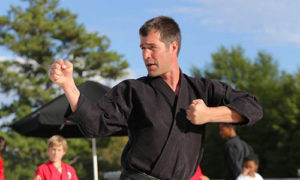 Joey Imperatori, owner of Imperatori Martial Arts, began karate in 1975 under the instruction of National Middle Weight Karate Champion Keith Vitali.  He was drawn to the precision and formality of karate, and aspired to become the very best student he could be, help other students, and eventually earn his black belt. Because of his strong commitment to martial arts from the beginning, Joey pursued Tang Soo Do when he moved to Brooklyn, New York in 1977. Upon returning to Atlanta in 1981, he resumed karate training with Greg Suther at his original karate studio. Joey’s love for karate grew, and on September 25, 1983, while in high school at North Fulton, he earned his black belt. Following this achievement, Joey taught karate at his original studio (now Imperatori Martial Arts) as his first job. After graduating North Fulton in 1987, Joey continued his passion for karate by teaching and purchasing the karate studio.

Joey is highly respected and admired by all in the studio, setting an example for excellence, self growth, and commitment. He is also well-known throughout the United States martial arts community, as he placed 3rd in the country for Men’s Light Weight Black Belt Sparring in 1993. Furthermore, Joey regularly donates his time to a number of associations, and has cultivated strong relationships with each affiliate.

Karate serves as his creative outlet, and he channels this passion into connecting with and inspiring each of his students throughout their karate journeys. He works with them and motivates them to become the best versions of themselves: strong, respectful, confident, and driven. Joey loves seeing the positive influence martial arts on people, and therefore has molded the studio into an environment for self growth and improvement through karate. Because of Joey’s nearly 45 years of love and commitment to martial arts, many of his student’s call Imperatori Martial Arts their “home away from home”. 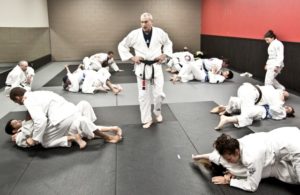 In 1989, Steve Brown and his wife Peggy founded the American Martial Arts Program at the Ravinia Athletic Club, (across from Perimeter mall) in Atlanta. This was one of the first MMA programs in Atlanta. This program served both kids and adults.

Growing up in Miami along with his martial activities he played football, including in college. Steve started his martial arts journey as a youth and now has an extensive background in many martial arts, including boxing, kickboxing, Muay Thai and a second degree karate black belt. As a “striker”, some of his teachers and influences include: Angelo and Chris Dundee (boxing), Joe Lewis and Rick Roufus (kickboxing), Keith Vitali (karate) and many more.  Steve began his GJJ journey shortly after Royce Gracie beat all comers in the first UFC in 1993. Steve trained in Gracie Jiu-jitsu under Fourth Degree Gracie Black Belt Eddie Camden at Tiger Academy (a Certified Gracie Training Center). Royce Gracie presented Steve his black belt. Steve’s experience as a fighter, trainer and fight strategist has allowed him to combine his skills as Head MMA coach for Team AMA.  Steve believes in a supportive, safe, team environment, where everyone trains hard, but practitioners don’t pay the physical price many gyms are infamous for.

Steve and his team have actively taught Self Defense Seminars in the community and to Fortune 500 companies around the southeast since the early 90s. They have also taught martial arts to kids at Camp Sunshine (a camp for kids with cancer) since 1989.  Steve has been an active volunteer at Camp Sunshine since 1989.

There are only 5 belts in Brazilian Jiu-jitsu, white, blue, purple, brown and black. On the self defense side of GJJ, the approximate experience based on belt level is as follows: Blue 2-6 years, Purple 6-8 years, Brown 7-10 years.  To get a Black belt, it takes on average 10 -12 years, usually closer to 12.  To obtain a Blue Belt in Jiu-jitsu, you must be 16 years old.  To attain the rank of Black Belt, you must be 19.  All our instructors love working with kids and watching them grow! 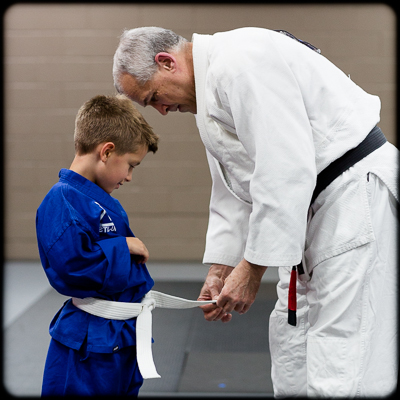 How You Get Started 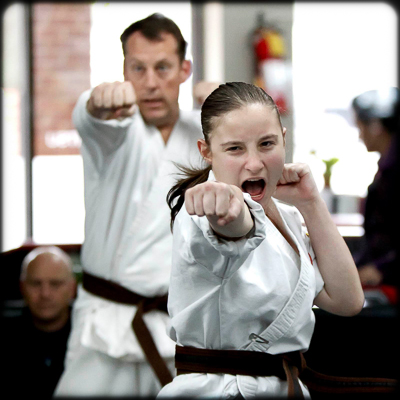 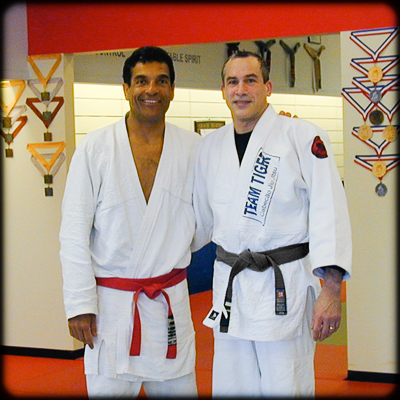 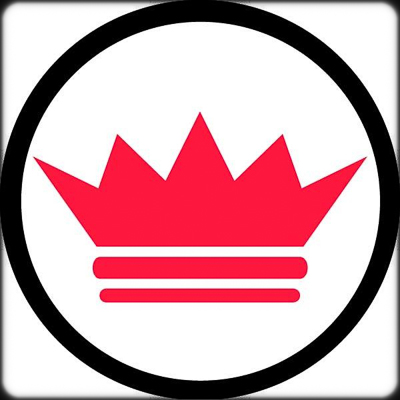